Banksy has created a new artwork dedicated to the heroic efforts of NHS staff during the corona virus pandemic. The piece is on display at Southampton General Hospital for the summer and will be auctioned at Southeby’s later in the year. All proceeds will be donated to the NHS.

The piece, titled Game Changer (2020), depicts a young boy playing with a nurse doll which is wearing a face mask and flowing cape, in a Superman style flying pose. In the background the boy has discarded a box containing Spiderman, Batman, and other superhero dolls. 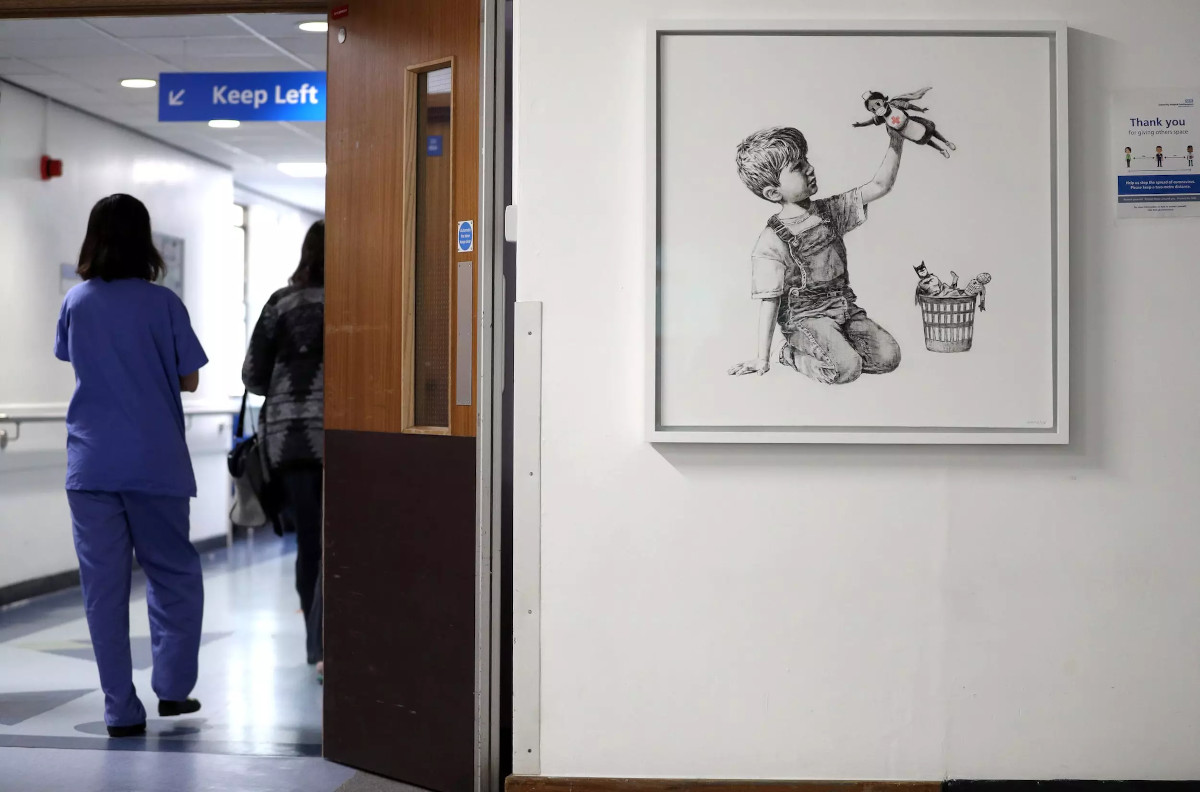 Southampton Hospital has a major Covid-19 testing facility which has been a major player in the ongoing search for a potential vaccine. The painting was delivered on Wednesday the 6th of May with a note which read: “Thanks for all you’re doing. I hope this brightens the place up a bit, even if its only black and white.” It was hung on the wall on Level C of the hospital.

Paula Head, the chief executive of University Hospital Southampton NHS foundation trust, told the BBC, “The fact that Banksy has chosen us to recognise the outstanding contribution everyone in and with the NHS is making, in unprecedented times, is a huge honour,”

“It will be really valued by everyone in the hospital, as people get a moment in their busy lives to pause, reflect and appreciate this piece of art. It will no doubt also be a massive boost to morale for everyone who works and is cared for at our hospital.”

A spokeswoman for the still-anonymous artist told The Guardian that after corona virus lockdown is lifted, the artwork will go on public display and will later be auctioned to raise money for the NHS.

This is the second new Banksy piece to appear during the corona virus lock down. The first, featuring rats running amok in his bathroom, and was revealed on the official Instagram account used to authenticate the work of Banksy. It included the caption “My wife hates it when I work from home.”